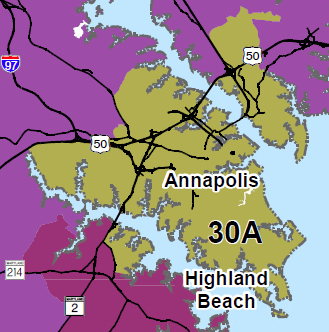 On April 7, 2019, Maryland’s House of Delegates lost its longtime leader, a man who served as a champion of education and a moderating influence in the state government. Annapolis also lost its champion, the man who has made sure Annapolis and the whole of Anne Arundel County received whatever state funds they needed for roads, schools, and social services. Never was a campaign slogan (“Maryland’s Speaker, Our Delegate”) more perfectly apt than it was for Mike Busch, and while no one will be able to truly replace him, the decision will be made tomorrow of who will succeed him in representing Annapolis in House District 30A.

What’s the process for succession?

In Maryland, if a House vacancy occurs in the middle of a term, the county central committee of the departing member’s political party will vote on a recommended successor. This recommendation is then passed along to the Governor, who is given the official duty of naming the successor by either approving or rejecting the central committee’s nomination.

In this case, as Speaker Busch was a Democrat, the Anne Arundel County Democratic Central Committee (AACDCC) is charged with making a nomination, which they will do tomorrow, Thursday, April 25, 2019 at the Village Commons Community Center at 1326 Main Chapel Way, Gambrills, MD 21054. The meeting will start at 6:00pm and is open to the public. The committee will interview the candidates who have applied for the vacant position and make their recommendation for the Governor at the end of the session.

Who has applied for the vacancy?

So, who has applied? So far, there are 11 applicants for the vacant seat. I’m not making any endorsements or recommendations here, but I have included some of my own personal thoughts about some of the candidates below. Candidates are listed alphabetically by last name.

More information about the appointment process can be found at the AACDCC website here.